In case my Instagram is no indicator, I’m obsessed with summer tomatoes and determined to enjoy every last one.

But actually this recipe was a happy accident that came about as a result of leftover produce from making Rachael Ray’s chicken with zucchini, corn and cherry tomato sauce, which I’ll share once I’ve had a chance to take decent pictures. 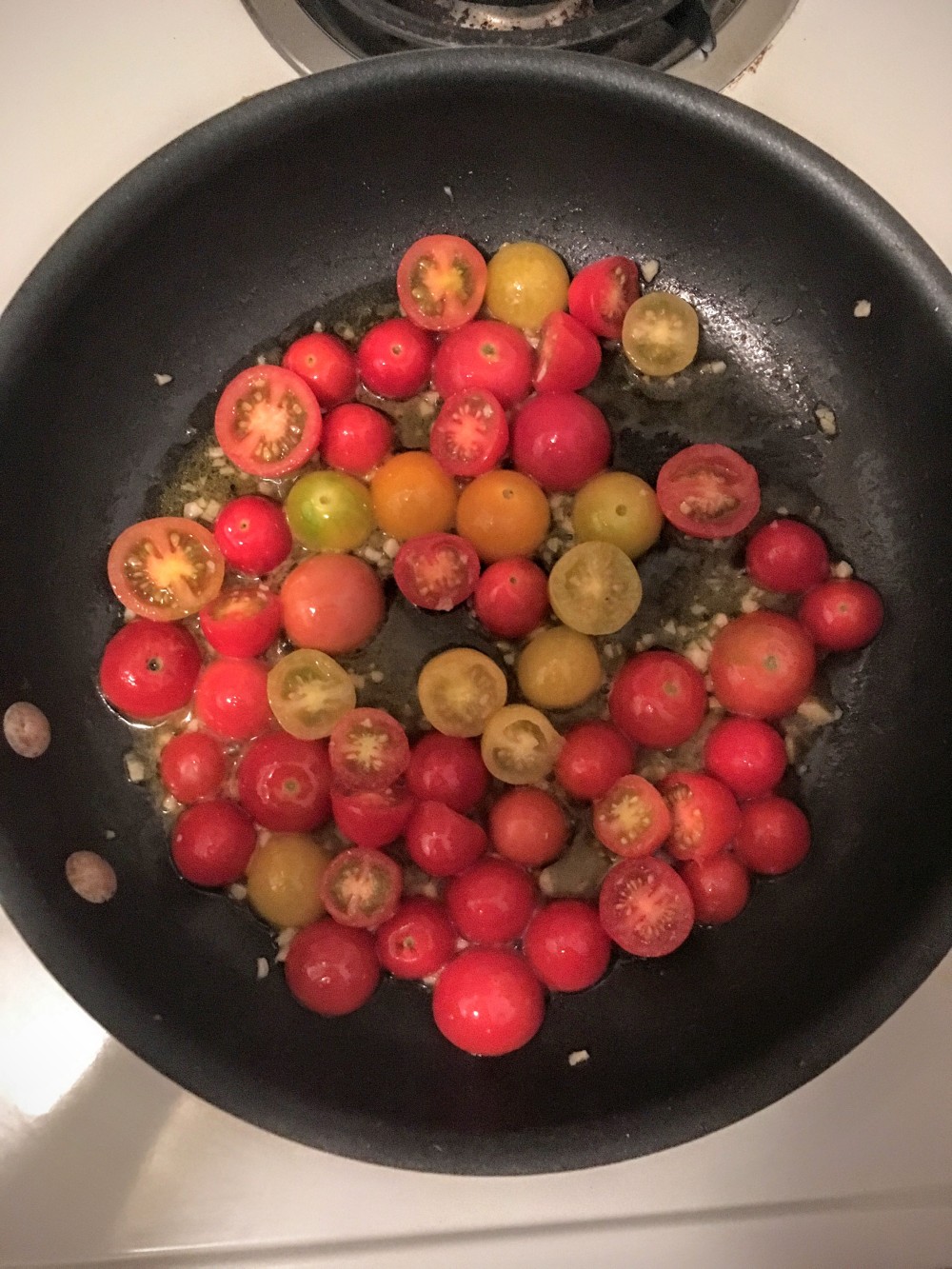 Last night I was craving pasta but I’m still detoxing from my vacation and I had a zucchini so zoodles were the obvious choice.

It’s topped with fresh mini heirlooms or cherry tomatoes if you prefer, cooked until almost bursting in garlicky oil resulting in a light but wonderfully flavorful sauce.

Oh – and it comes together in about 30 minutes. So are you making this Sunday night? You bet you are.

Place zucchini noodles in a colander set in the sink and salt lightly to draw out some of their liquid.

Heat 2 tablespoons olive oil over medium heat. Add tomatoes and season lightly with salt.  Cook, stirring occasionally, 5-10 minutes or until tomatoes are soft and releasing their juices but not completely burst.

After 5 minutes, add 1/2 the garlic and stir into the tomatoes. In the last minute of cooking, add basil and stir until wilted.

Remove from heat and transfer tomatoes to a bowl, leaving most of the oil behind. Pour off remaining oil from skillet.

In the same skillet, heat the remaining tablespoon of oil. Add the zucchini noodles. Season with red pepper flakes, remaining garlic, and salt and pepper.

Cook zucchini noodles for 5 minutes, stirring occasionally. Remove from the skillet using tongs or two spoons to leave any fluid behind.

Serve zucchini noodles topped with tomato mixture and, if you’d like, nutritional yeast or parm. I also added grilled chicken and it was a perfect meal.