Welllllll I’m back! This city girl survived the wilderness.

And, as I told everyone who would listen, I am SO good at camping.

I mean, ok. We weren’t exactly camping since we stayed in a cabin with electricity. And ate all our meals at restaurants except for hot dogs one night. And had access to a semi-clean bathroom facility with a coin-operated shower.

But that’s as close to roughing it as I’ll get, considering I’m a person who hates grunginess so much so that the implication of having mouse traps in my apartment is offensive, even though we’ve never had an actual mouse.

I crossed off basically everything from my Alaska bucket list, which consisted of 3 items:

It was our last full day, only 5 hours before my flight, and I was really starting to give up on the moose ambition but THEN by sheer will power I summoned one and as we were driving down a residential road there he/she was, a little baby moose grazing on plant life like a very large deer. 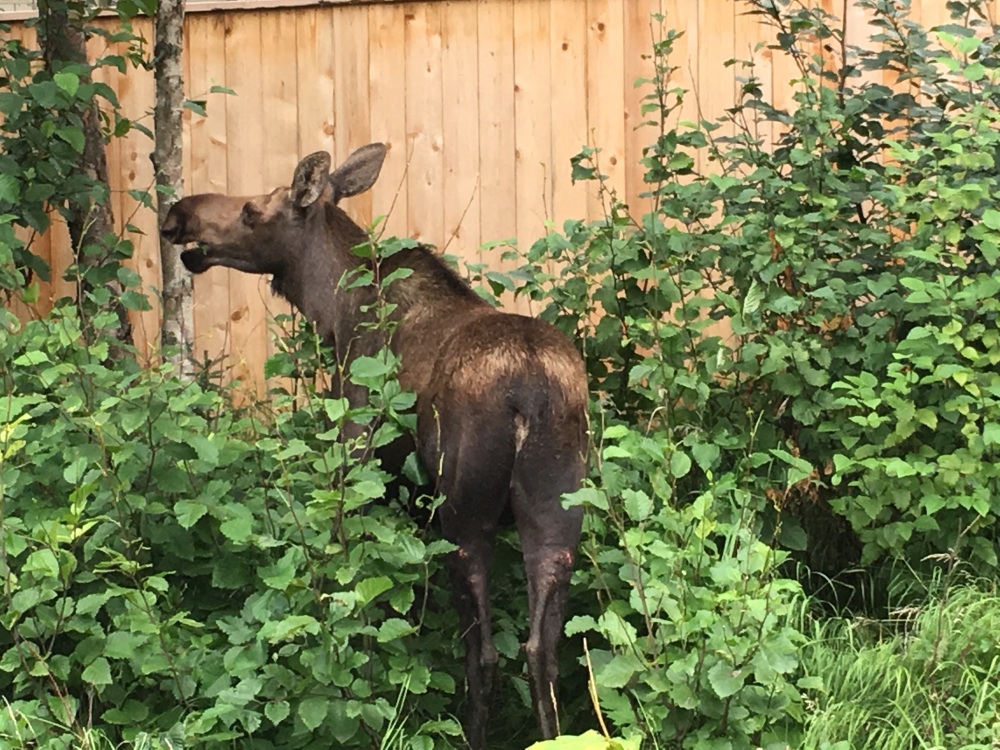 It was glorious. We took a million photographs, the moose didn’t bat an eye. Apparently it was a “city moose.”

In other exciting news, we also saw a bear while hiking! This was actually a big deal since my friend who lives in Alaska hadn’t seen a bear yet . It was scary for about one millisecond, then we made some loud noises and the bear ran away. It was a black bear which is also supposedly a good thing as they’re typically less aggressive.

It goes without saying that we also ate… a lot. Never apologize for needing 5 square meals a day.

We ate chicken katsu at a pancake house owned by a Samoan family which was delightfully random.

And, of course, salmon. Many times. This one was encrusted with furikake and served over soba noodles in a tonkotsu broth.

For breakfast, we had blackberry & sage scones. 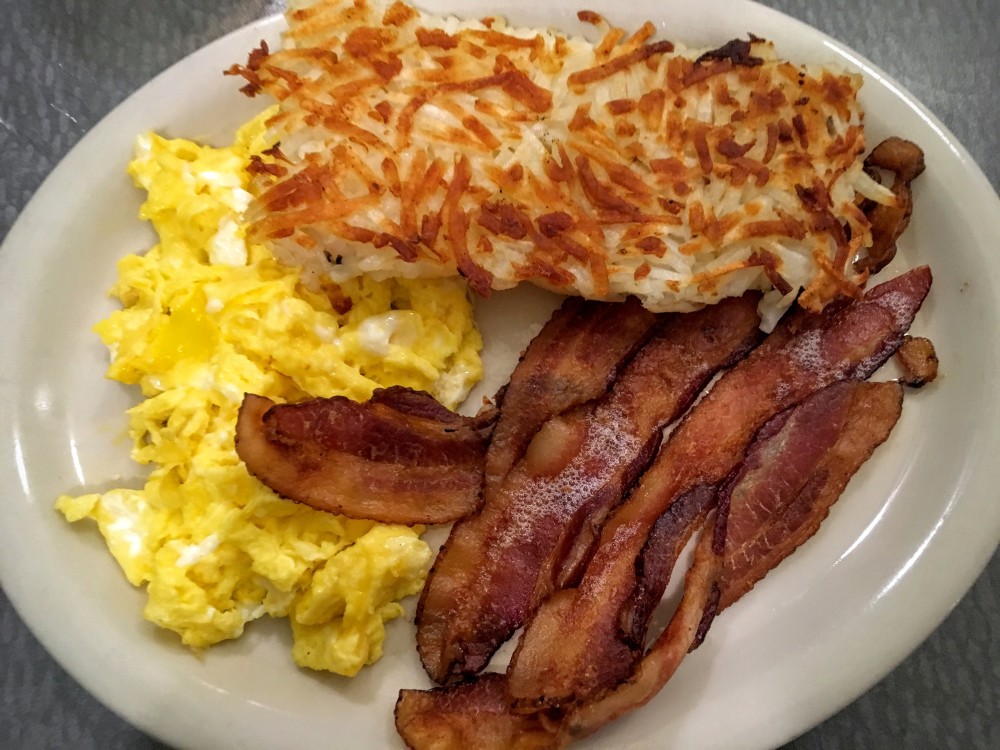 We ate lots of fish. Like, lots of it. Including a glorious salmon poke appetizer. 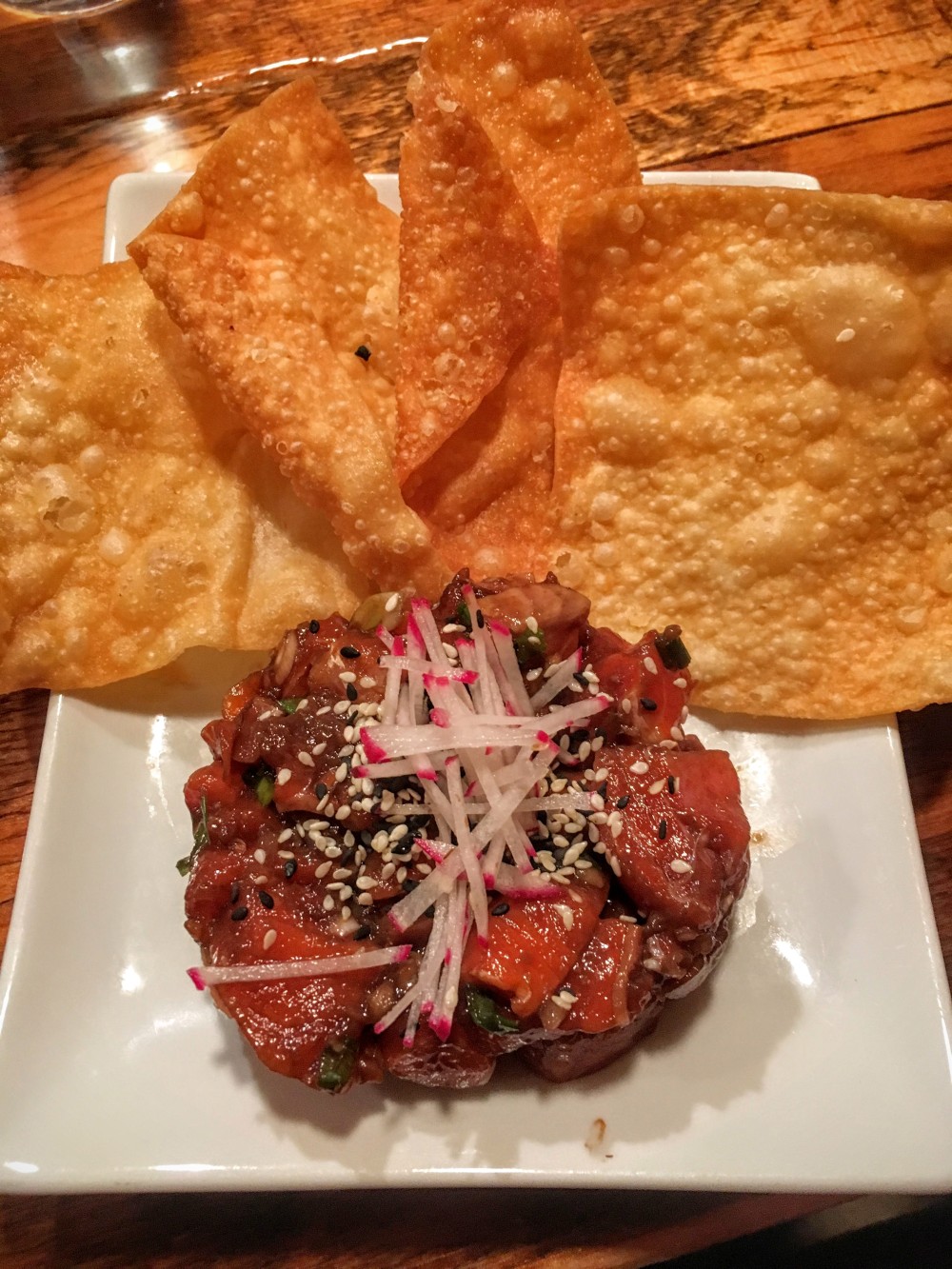 Or this fried rockfish with fries.

Or a ceviche with halibut, cod, mango, avocado and pico de gallo.

Then there was this seafood chowder…

…and these mussels with chorizo.

We “invented” a new fireside treat, aptly named a S’moreo. It’s rumored to be a potential cure for cancer. Something about chemicals mooshed together with more chemicals?

We had some of the best Asian fusion food I’ve ever had, seriously, starting with this ahi tuna with grilled pineapple relish and wasabi mayo.

For mains, we shared the chipotle glazed maple leaf duck breast which came with teriyaki vegetable noodles, korean BBQ ribs served genius-ly with typical American BBQ sides given a Korean twist e.g., curried potato salad, kimchi coleslaw and honey infused watermelon, and last but definitely not least, a vegan curry tofu that tasted silky and nothing like tofu, in a yellow coconut sauce. 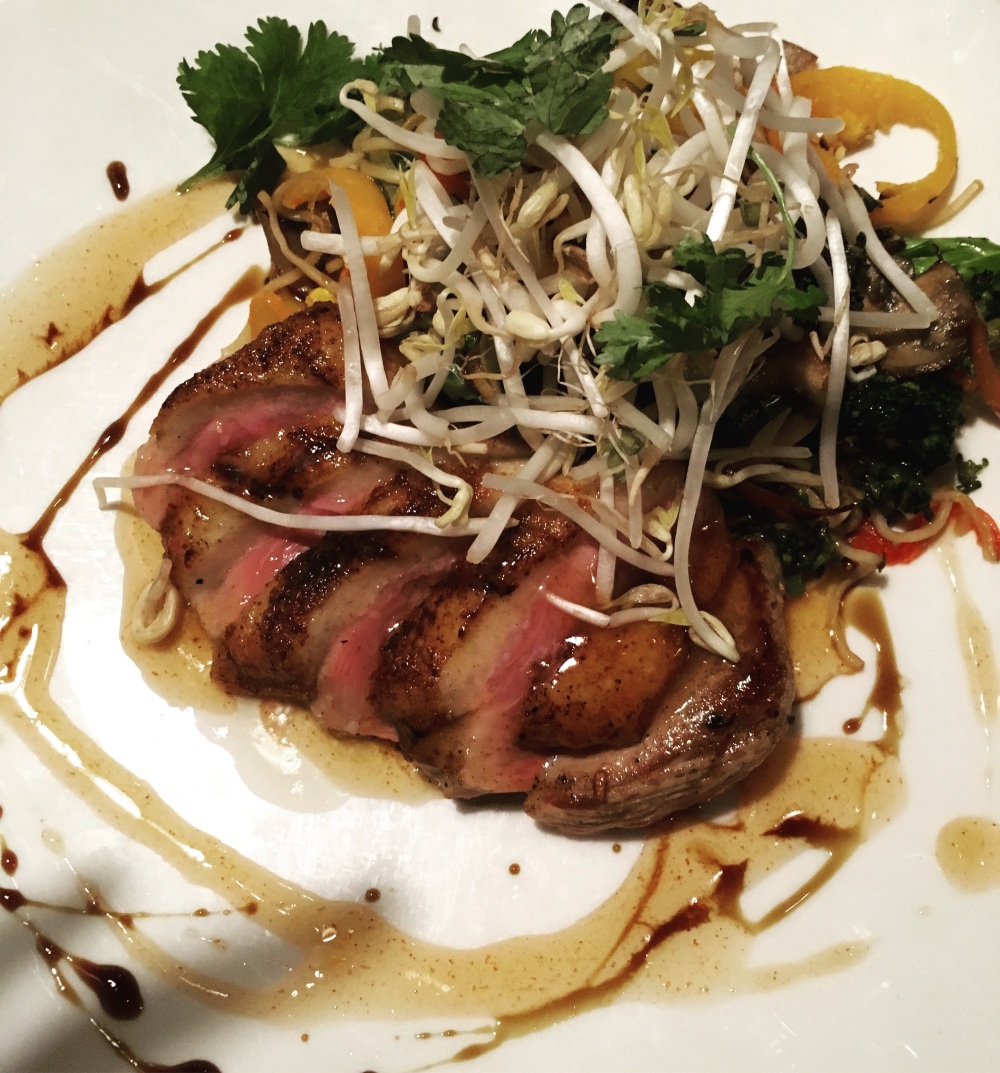 Oh. My. Goodness. I had to stop partway through writing that paragraph because my mouth was watering too much.

In fact, I should probably stop with the post right now but I’ve gone too far. We rounded out our trip with some home-cooked salmon cakes from Alaskan salmon my friend’s roommate caught, over toast topped with a poached egg and Hollandaise – I can only take credit for the poaching.

And my last meal was pizza – a weird choice for a lactose intolerant New Yorker abroad but I learned something new: you can always try ordering pizza sans the cheese. Load up on the toppings and you almost (almost) don’t miss it!

So now I’m home, fat, and desperately needing a detox. Also, HOW HOT IS IT HERE!!!??? Please take me back to 61 degrees and raining, I find it far preferable to this.

Promise to do some actual cooking one of these days…just probably nothing that requires me to turn on an oven.

In case any of you are planning a trip to southern Alaska one of these days, here’s where we ate: