I remember how growing up, breakfast for dinner was a luxury. My mom would make what she called a cowboy hat, which I think most people just call an egg in a hole. But she’s from Texas.

Anyway, she would take the bottom of a wine glass and use to cut a circular hole in a piece of bread. Then she would butter it and toast it in a skillet, and once it was browned she’d crack an egg in the middle. Like I said, egg in a hole. In retrospect, she was probably thrilled to do it because it meant a night off from full-time dinner duty but we always thought it was a treat. 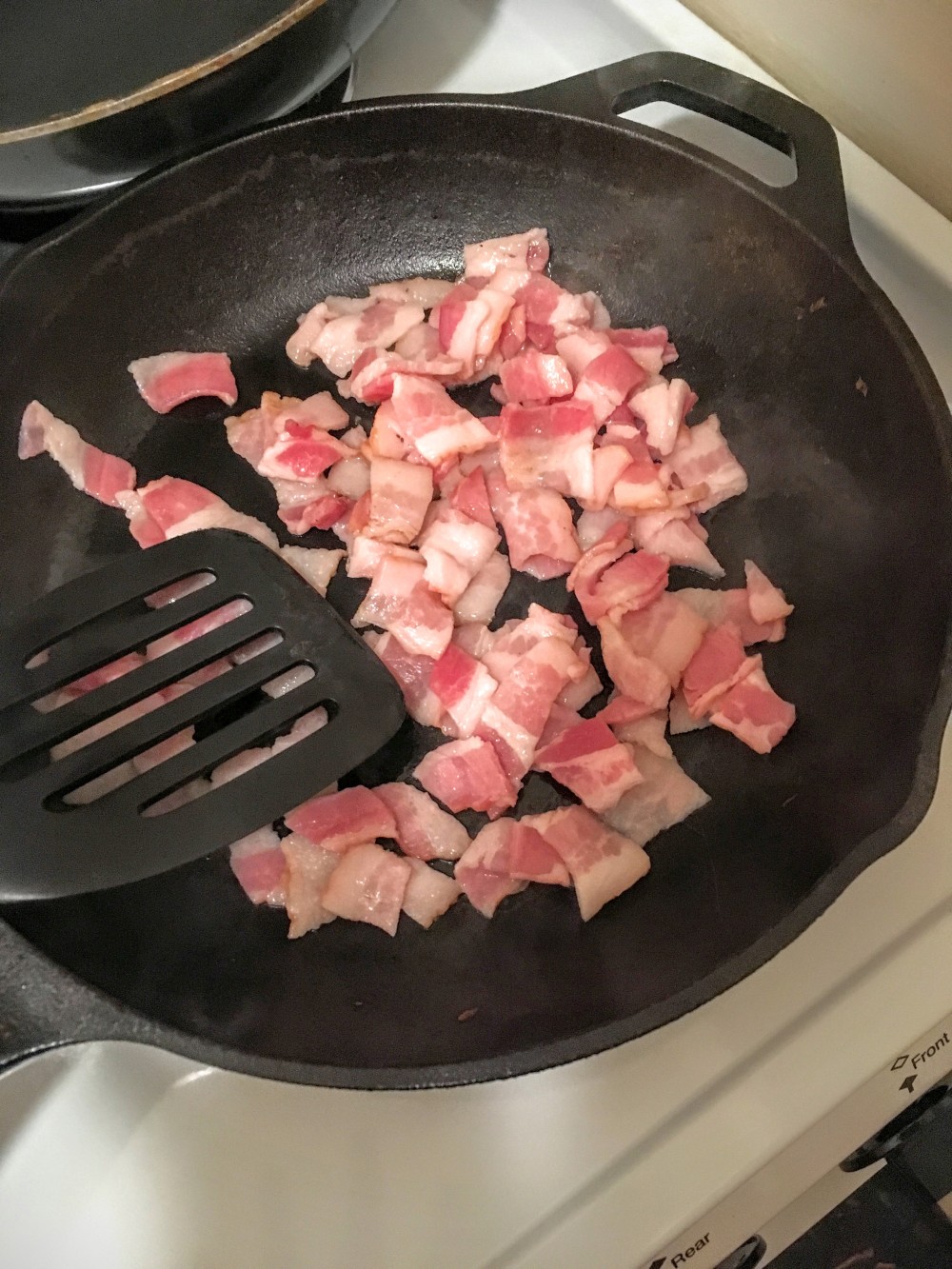 Now that I have to adult full-time too, I truly understand the allure of the breakfast for dinner concept. Why worry about overcooking chicken when you could scramble a couple eggs and be done with the whole thing?

I’ll tell you why! Because I’ve committed to keeping a cooking blog and now I actually have to cook from time to time. It’s awful. 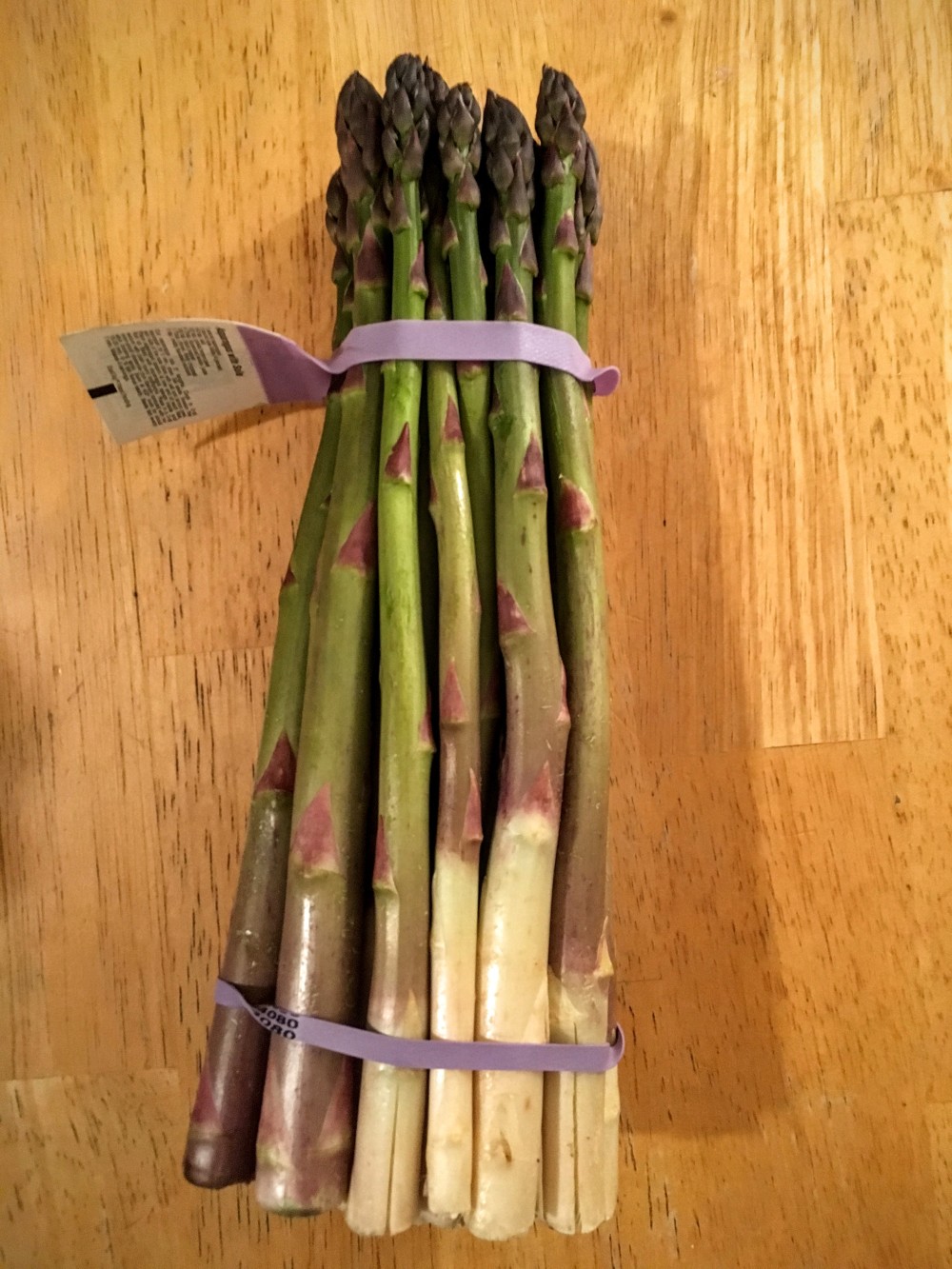 THEN I remembered that Deb has a recipe for a spring hash that is essentially legitimized breakfast for dinner. And since it’s been a while since I’ve shared a Smitten Kitchen recipe I’m hoping I seem like less of a crazed fan girl. (No? So be it.) 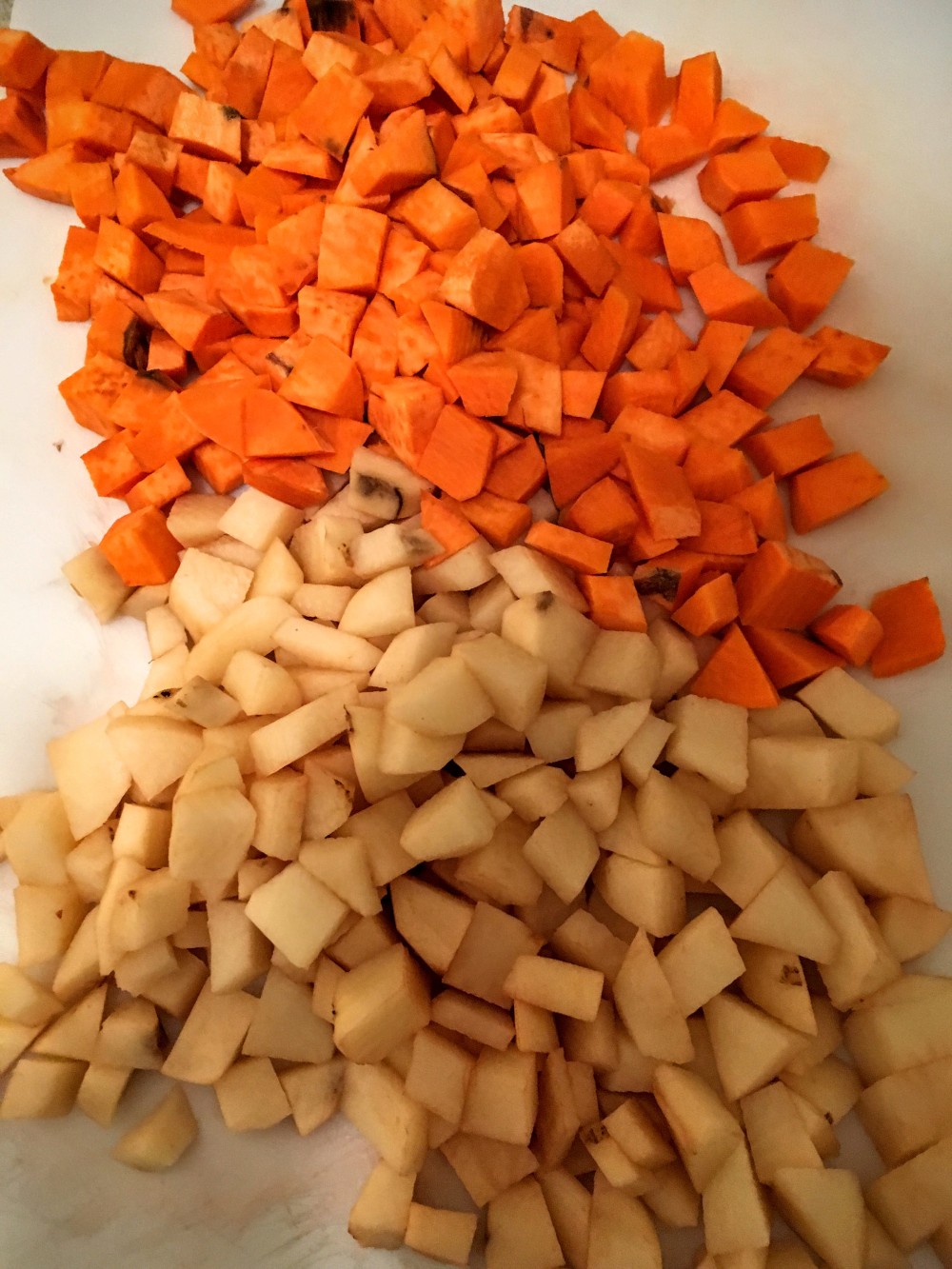 I made some changes – instead of using all white potatoes I changed the ratio to about 2/3 sweet potato. Call it being wholesome/half-assing the paleo diet. I also used bacon instead of pancetta for no good reason but feel free to stick to the recipe on that one. It yielded two hearty dinners and two even heartier lunches, where I heaped the leftovers on top of what would otherwise have been a very sad pile of kale. 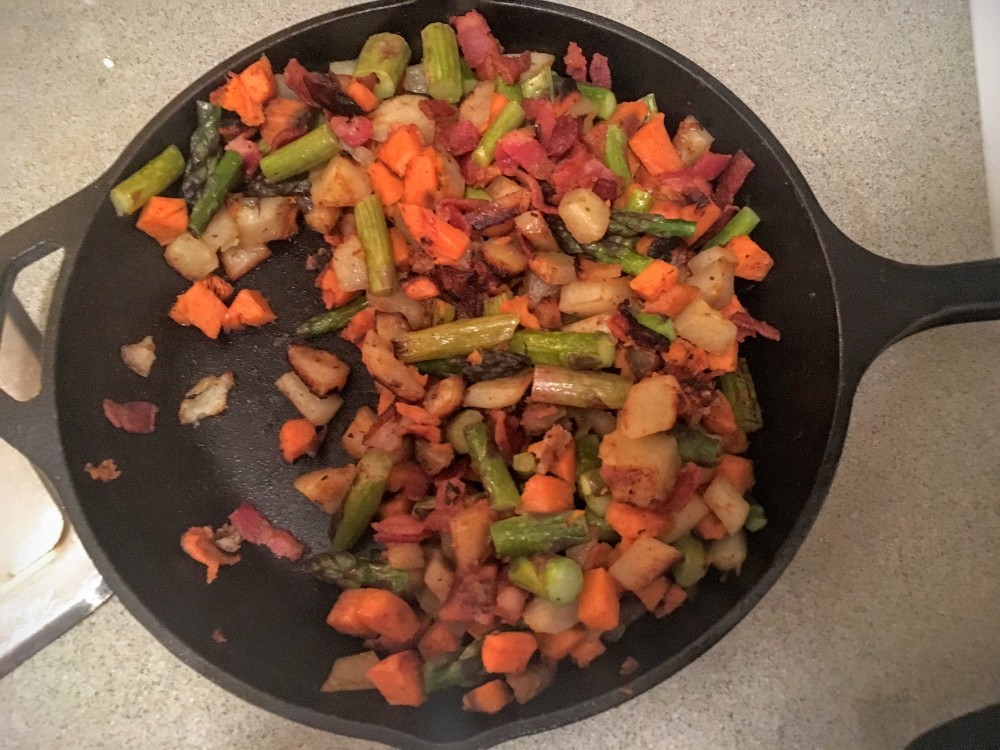 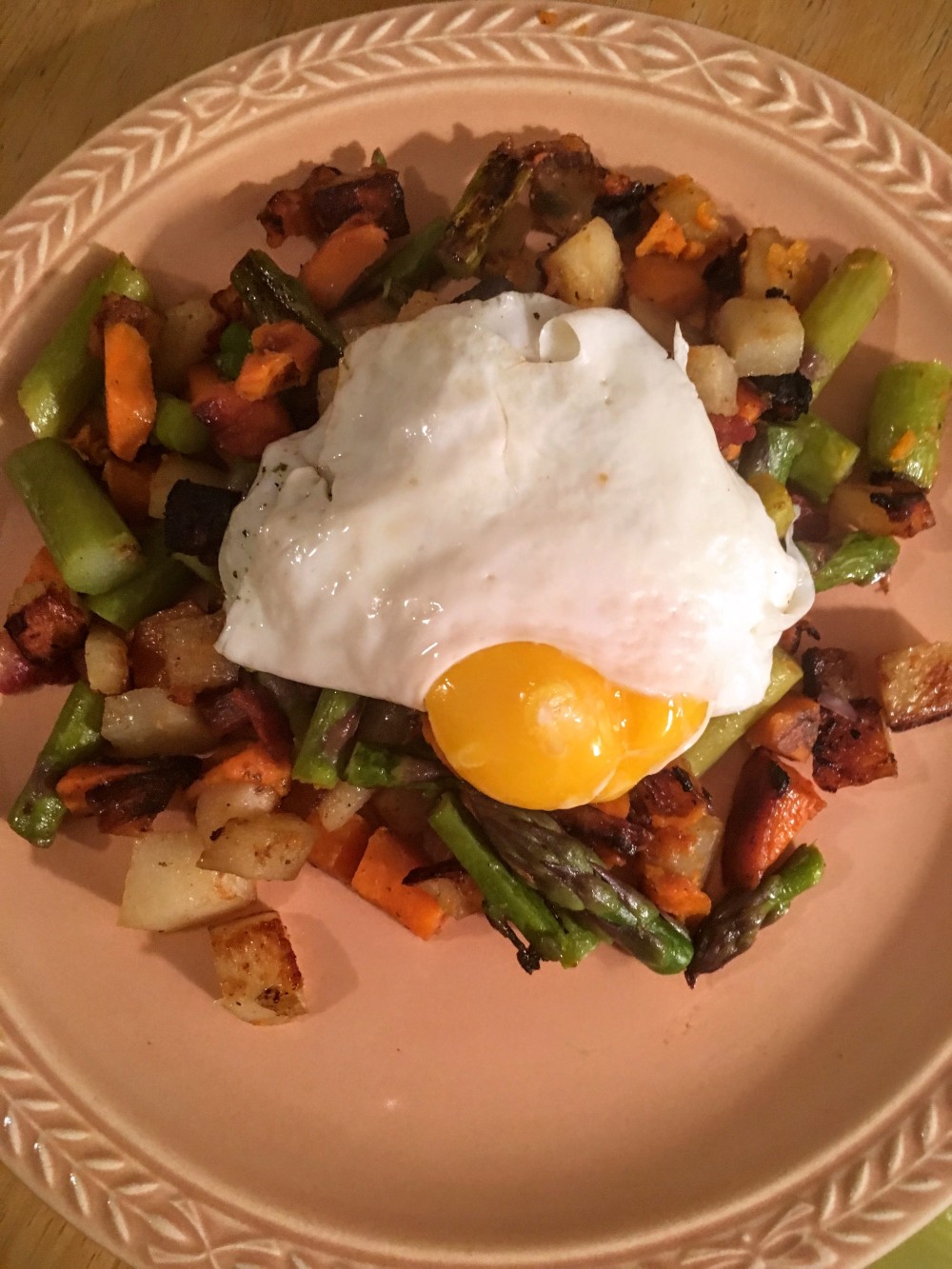 Breakfast for dinner, breakfast for lunch…this week, let’s say screw the chicken and just eat eggs and bacon. Are you with me?

Heat a 12-inch cast iron pan over medium heat.** Fry the pancetta or bacon, turning it frequently so that it browns and crisps on all sides–this takes about 10 minutes. Remove it with a slotted spoon and drain it on paper towels. Leave the heat on and the renderings in the pan. If you’re worried about sticking, add a little more oil, though you shouldn’t need it.

Add the potatoes and season with salt and pepper. Let them sit for a few minutes to brown. Once they’ve gotten a little brown underneath, begin flipping and turning them, then letting them cook again for a few minutes. Continue until potatoes are mostly crispy, about 15 minutes. Your sweet potatoes are likely to become softer and fall apart a bit, but that’s o. It’s totally worth it to get crispy potatoes.

When the potatoes are mostly crispy – Deb suggests they be about three-fourths as crisped and brown as you’d like them —add the onion. Cook for 5 more minutes. Add the asparagus, cover the pan and cook for 5 to 10 minutes, or until tender and slightly crisped. Note that thicker asparagus will take longer than skinny. Remove the lid, return the pancetta or bacon to the pan for another minute, to reheat. Taste for seasoning and adjust if needed. 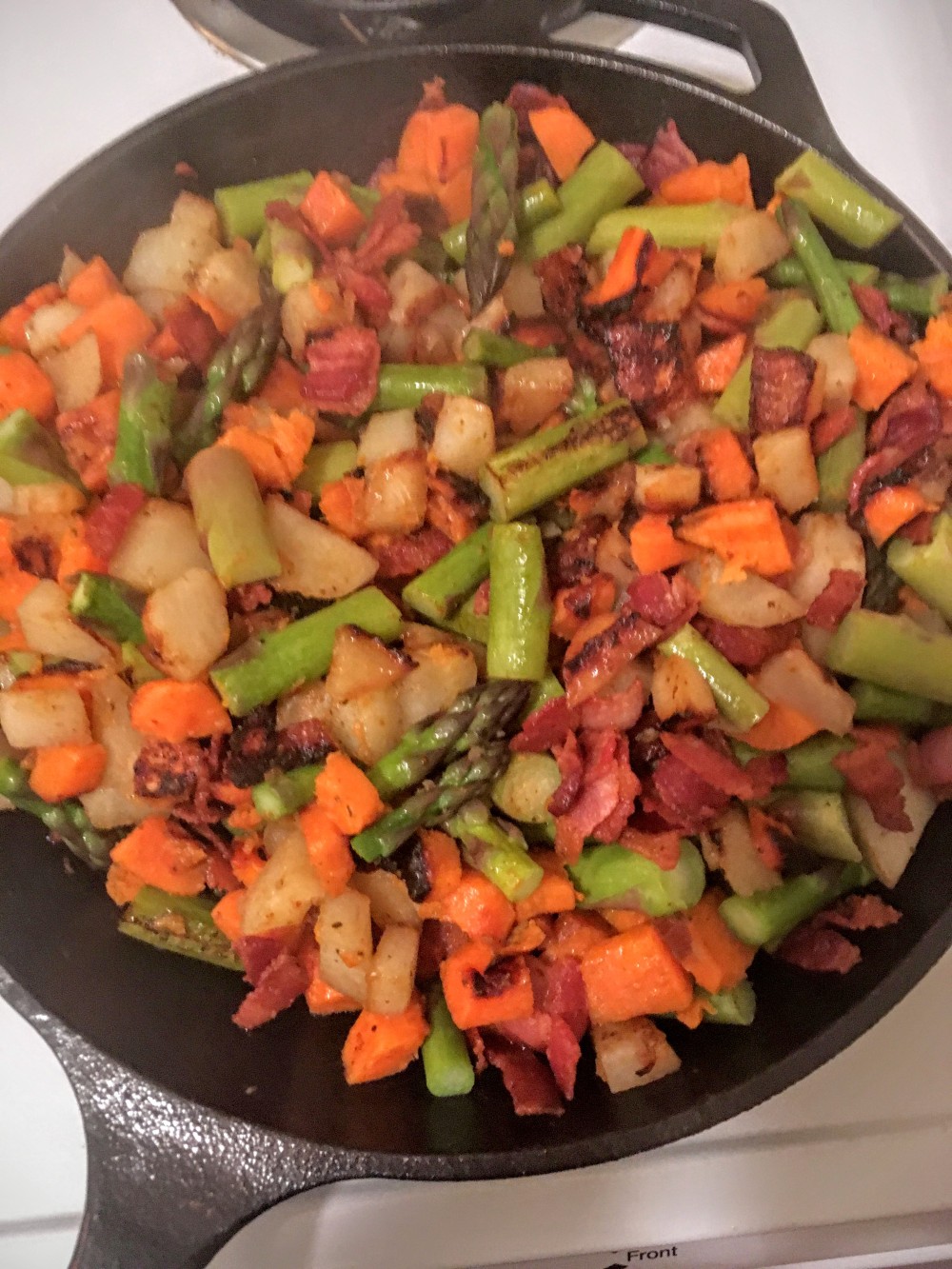 *Oops I forgot the onion! Didn’t miss it.
**Apparently my cast iron skillet is smaller than 12 inches so it took a bit longer to cook the potatoes. Ideally you want everything in one layer so it browns evenly.