I want to do a weekly round up of everything I’ve eaten in the past 7 days that’s worth sharing.

So for now, let me round up everything I’ve eaten in the past two months and judge them. Why would anyone want to read this? Why am I doing this? All valid questions.

My reasons for sharing are threefold:

So we’ll start this roundup from the very beginning, my New Year’s Day brunch at Balthazar in Soho.

This is a tradition I stole from my sister and her fiancé. In my opinion, it’s the only New Year’s Day tradition worth having, because it’s the best tradition. Everything I’ve ever said about brunch is moot when it comes to Balthazar. 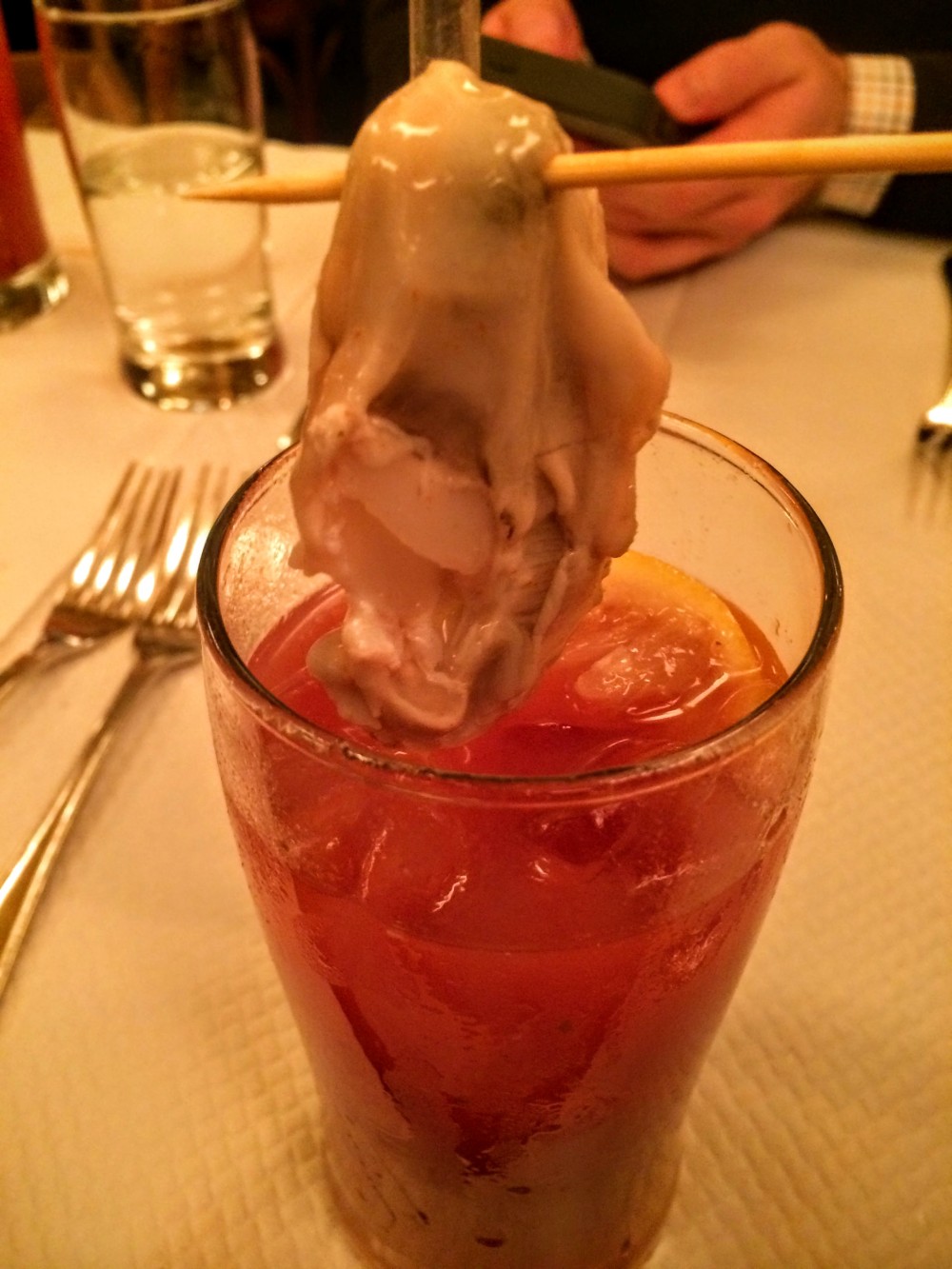 Why is there an oyster in my cocktail? Because why not. When you brunch at Balthazar, you order an Oyster Mary.

Where you go from there is up to you. I suggest starting with the goat cheese tart. It’s pretty fab, even if it’s not the best I’ve ever had. (That one’s at La Sirene, cozy BYO French spot in Tribeca). At Balthazar, the tart comes with greens and an olive tapenade which is unusual–goat cheese, as you may be aware, is usually paired with something sweet, like honey or fig. But in this case, the saltiness works nicely.

Oysters are always a good call since Balthazar has a pretty serious raw bar. Here’s a fun drinking game: drink every time someone orders the $175 seafood platter. It’s surprisingly effective.

For your main, you really can’t go wrong with any of their egg dishes. And if you’re feeling a burger, by all means order the burger. This year, I had the scrambled eggs in puff pastry. They’re good, but be warned: they’re incredibly rich. They’re lightly sauced, scrambled with asparagus and mushrooms and piled into buttery pastry. If you’re ok feeling a bit lightheaded after a meal, proceed. 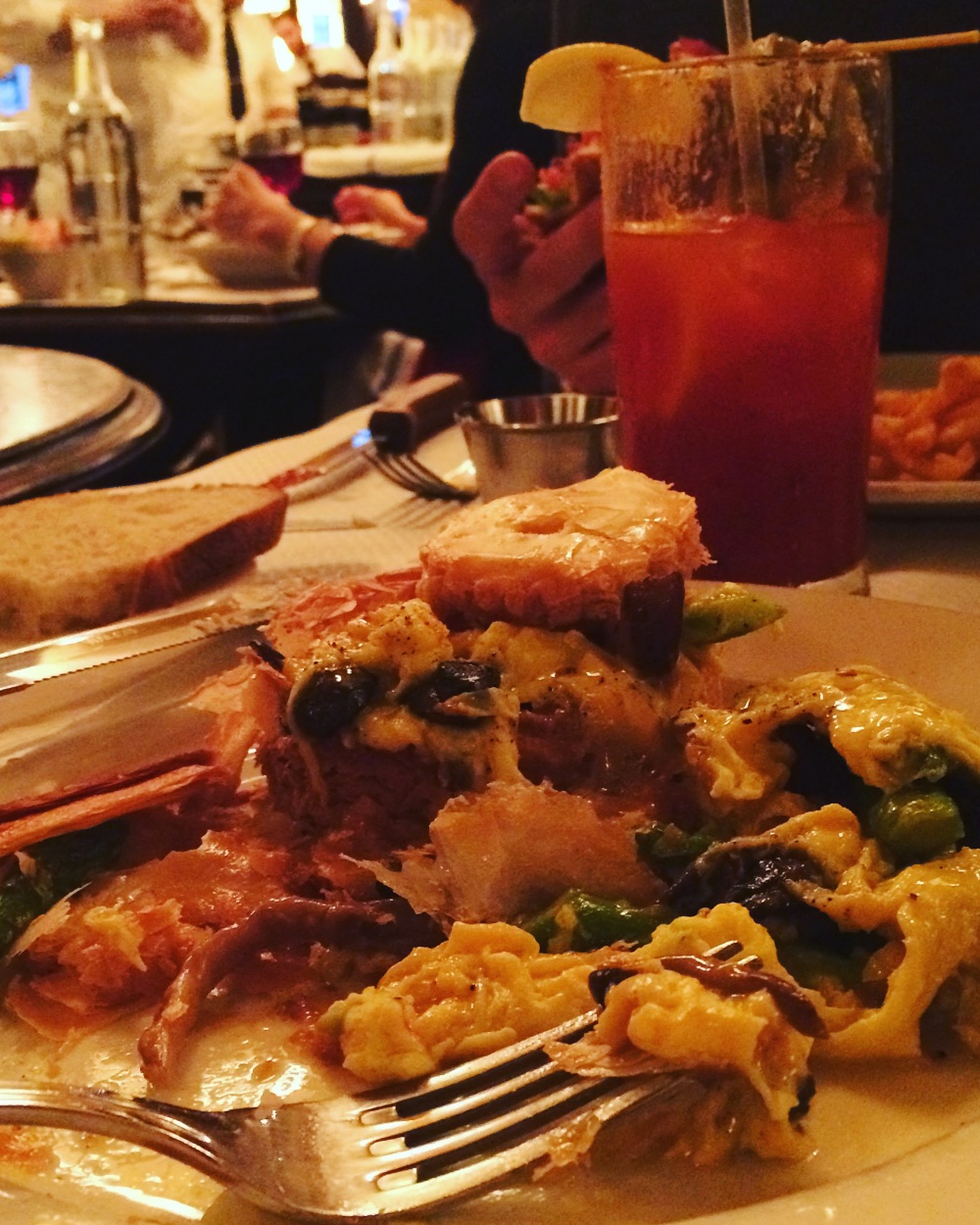 Next on the agenda: my new obsession, By Chloe. I never, literally NEVER, thought I’d be that person waiting in a line out the door to eat vegan food. I feel weird just writing that sentence.

But the beauty of a vegan menu is that I can actually eat anything on it! There’s no, “Can I have the Caesar salad without the parmesan? Oh, there’s parmesan IN the dressing?”

And I love Caesar salad. It’s not nutritious whatsoever, and that’s not why we order it. We order it because it’s creamy, slightly tangy, better with anchovies, and makes kale edible. But even though Caesar salad dressing doesn’t have to include dairy (repeat after me: eggs are NOT dairy), most restaurants throw parmesan in there just to mess with me.

Which brings me to the beauty you have just laid your eyes on: By Chloe’s kale Caesar salad. Part kale, part Romaine, completely dairy-free dressing that’s creamy and awe-inspiring, topped with weirdly sweet croutons, avocado, and shiitake mushrooms that have been transformed by sorcery into bacon.

Chef Chloe, you’ve gotten me hooked. Yes, the line is stupid long. Yes, you’ll have to duke it out with an NYU freshman for a table. Yes, it’s worth it. Trust me.

It should go without saying that a lot of Mexican food has already been consumed this calendar year. More, in fact, than I’m willing to admit. So I’ll just share two recent experiences: the first was a bottomless brunch at Fonda in the East Village.

It’s $29, including an entrée (I had the huevos divorciados, nothing to write home about but we all know the food’s not the point), and 1.5 hours of bottomless drinks including their signature hibiscus rosalita. The only other things I’ll say are that you should order the guac, and that yes, 1.5 hours IS enough time to drink all the margaritas in NYC. 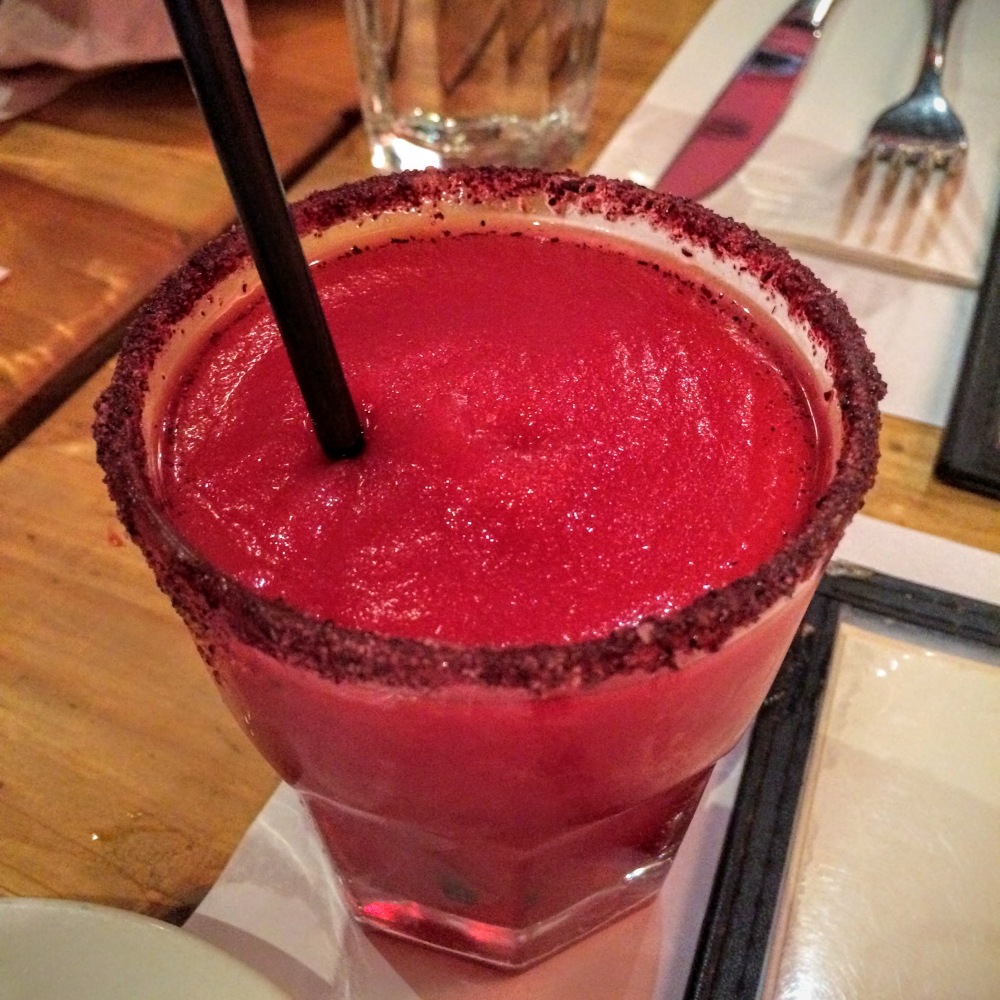 The second experience was particularly exciting. My roommate and I tested out a brand new Mexican restaurant in Alphabet City called Avenida Cantina. It’s been said before and I’ll say it again: New York City is a wasteland when it comes to quality Tex Mex. I have volumes to share on this subject but for now I’ll just say that when you hear someone from San Antonio has opened up a spot where tacos cost less than $10 and there is actual queso on the menu…you get there as fast as you can.

You also tell your dairy allergy to go to hell.

The verdict? The queso was good. Very good. The salsa didn’t come out till we asked for it. The frozen marg was on par with expectation, but on the rocks had a weird aftertaste not unlike toilet bowl cleaner. As for the tacos…they were just ok. They don’t have soft corn tortillas and the chicken is fairly bland but accented with elusive salsa and queso it can be saved. The rice and beans however were a lost cause. Sides should never be an afterthought, let’s agree on that.

So all things considered you would think this one would fall into the “tried it, no need to come back” category. Except for one thing…the whole meal, including queso, taco platter, one margarita, AND tip, came out to $25. WHAAAAAT!??? In New York, that’s basically free. So YES I will be coming back, next time I want to drink frozen margs and eat queso in a chill environment that won’t make my bank account cry.